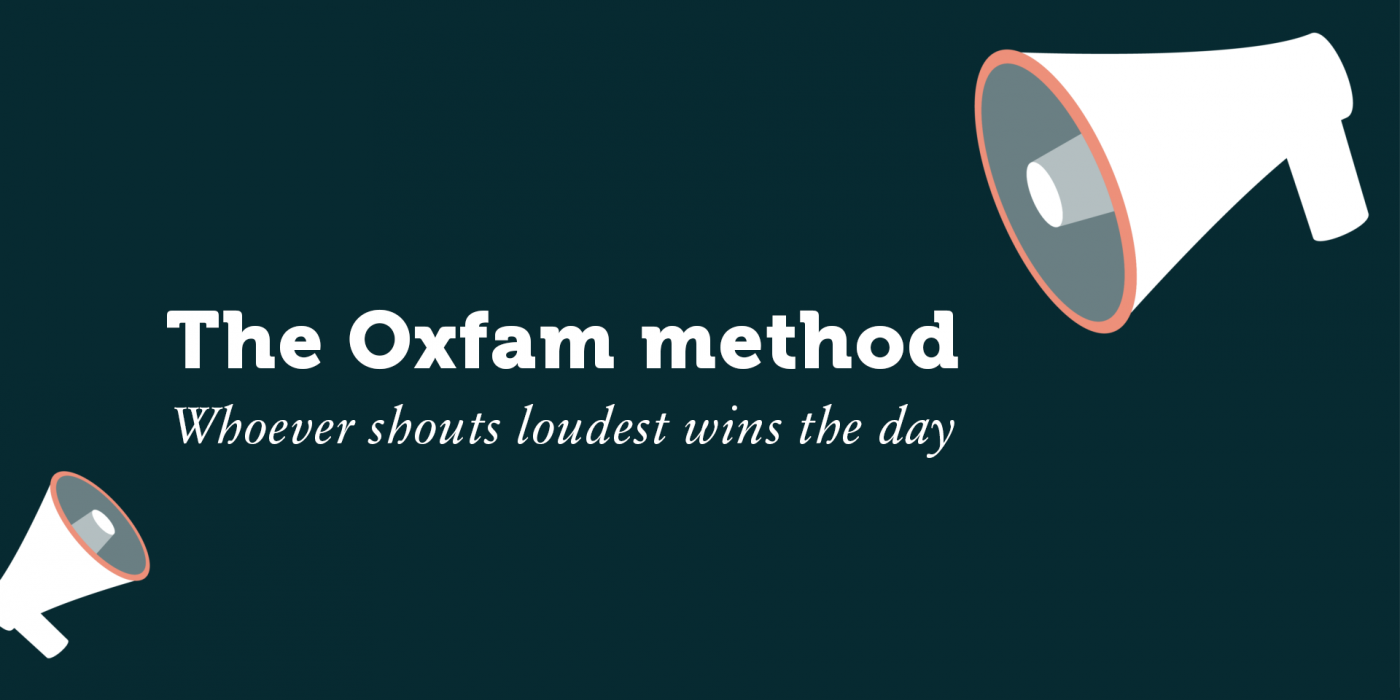 Whoever shouts loudest wins the day

This publication shows that increased trade, education and the removal of obstacles to accumulating wealth help to combat wealth inequality.

As in previous years, the NGO Oxfam recently grabbed the head-lines with its calculation of the number of the super-rich whose combined wealth is equal to that of half of the world’s population. This is annoying because Oxfam’s proposed solution to the problem is misguided: raise wealth taxes, wage war on tax havens and everything will be fine. But recent history has shown that measures such as removing trade barriers are far more effective at permanently reducing poverty – thanks mainly to globalisation, the proportion of the global population living in poverty dropped from over 44% in 1981 to less than 10% in 2015. The world’s population is growing, but the number of poor people is falling.

The distribution of wealth is skewed, but the problem is different to what Oxfam would have us believe: lots of people still own too little, not vice versa. This is not a question of the rich living at the expense of the poor, as explained in a new Agenda Austria publication, “The Oxfam method: whoever shouts loudest wins the day”. According to Oxfam, this year eight billionaires own the same as half of the world’s people (in 2016 it was 62), but this mainly reflects the dollar’s appreciation, the fall in the value of sterling following the Brexit referendum and a correction on the Chinese financial markets. It also highlights the fact that in many countries corruption, a lack of transparency and privileges for ruling elites stop the poor from building a life for themselves. So bigger government is not the solution. In Europe, wealth is usually distributed more unevenly in countries with higher taxes and duties – again, this cannot be down to a short-fall in government income. If redistribution is high, this does not mean that wealth is spread more widely. So the focus needs to be on simplifying wealth accumulation. In Austria, a relatively high number of people live in rented accommodation, which results in the unequal distribution of wealth. Offering government-owned flats for sale to the tenants at reduced prices after ten years would be an effective countermeasure. In other words, Oxfam’s proposals are misdirected. Much more would be achieved if more people – especially girls – in more countries received more education, or reliable legal systems were in place. This is an essential prerequisite for going into business or being able to accumulate savings.

Oxfam’s calculations leave it on very thin ice. The data on wealth are very imprecise, and the figures used are rough estimates from Credit Suisse and Forbes. Even if there is a trend towards the concentration of wealth, it is frivolous to make such a pointed statement suggesting that precisely eight people are as wealthy as half of humanity.