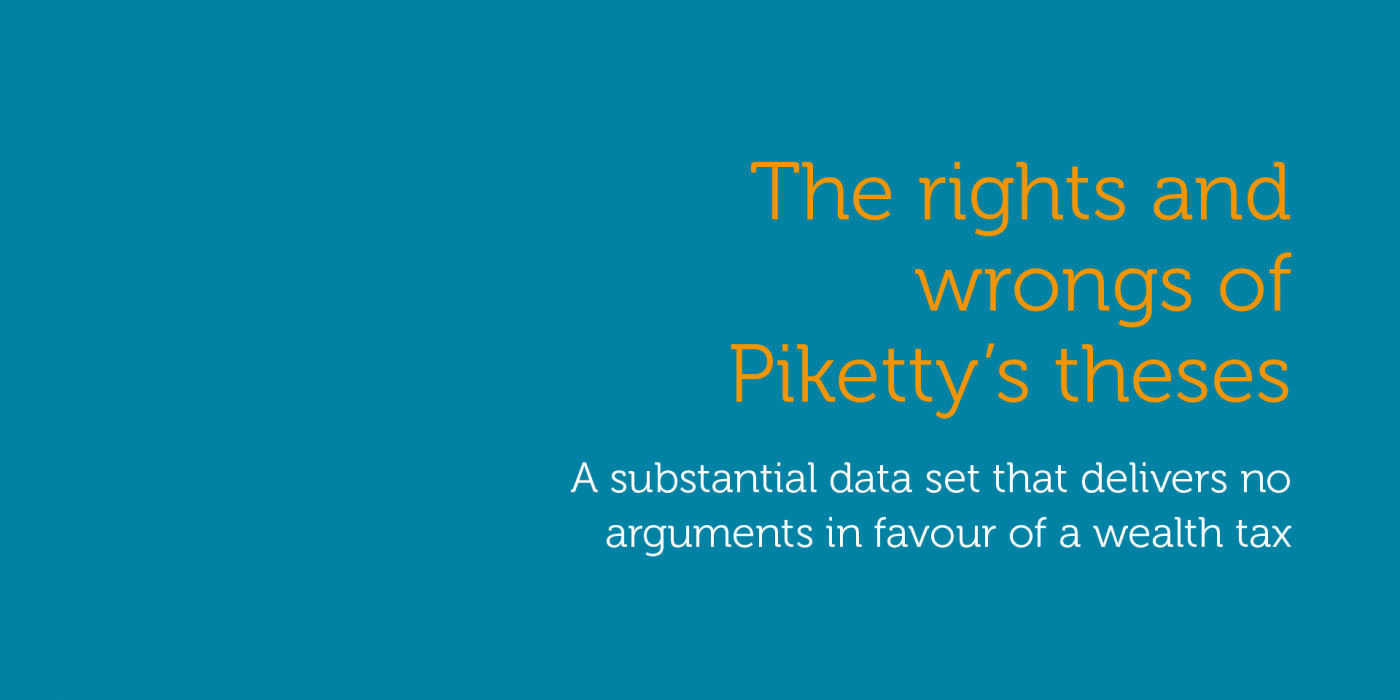 The rights and wrongs of Piketty’s theses

Index
The rights and wrongs of Piketty’s theses

Surprisingly for an economics book, Thomas Piketty’s Capital in the Twenty-First Century received substantial media exposure, including – ironically – in Vanity Fair, a magazine devoted to reports on the rich and famous. And the magazine’s response to the French economist’s demand for taxes of up to 80 percent on high incomes and up to 2 percent on wealth was anything but harsh. In Piketty’s view, such measures are the only way to rectify the increasingly uneven and unfair distribution of wealth. This response alone showed that the author had struck a nerve in modern society, which was one reason for its success.

More than three-quarters of the book is dedicated to data on the level and distribution of wealth in several countries over the past 200-odd years. Initially, Piketty’s evaluation is fairly cautious, but that changes with his own interpretation of the results in the relatively short final chapter. His analysis rests on assumptions which are at the very least worthy of discussion.

Capital in the Twenty-First Century and its core messages

The historical data indicate that capital income is once again gaining in significance compared to income from labour.

After the two world wars, wealth has again become more concentrated, and conditions in the early 21st century are starting to resemble those in the 19th.

On the long run return on investment has been higher than economic growth (r>g). The only exception was the 20th century as a result of the world wars and substantial economic upheaval, which led to redistribution and destruction of wealth.

According to Piketty, in the future the law of r>g will lead to a higher concentration of wealth, on a par with that in the 19th century, unless suitable counter-active measures are implemented in time.

Halting this trend towards inequality requires a progressive global tax of as much as 80 percent on high incomes and of 50-60 percent on upper-middle incomes. In addition, Piketty sets out the case for a progressive property tax of 1-2 percent in order to achieve a fairer distribution of wealth.

Without these political interventions, such historic levels of inequality would probably return, with the chance of leading to social unrest.

So Thomas Piketty’s central argument is that return on investment is growing more quickly than the economy as a whole, and an ever larger share of total wealth would be concentrated in the hands of an ever smaller section of the population. This insight, however, is nothing new. But most importantly it is not a sound basis for Piketty’s tax proposals.

His conclusions are taken from the past and applied to the future, but bear little relation to the data he provides in the rest of the book. And they are dubious for other reasons. Piketty , for example, ignores the fact that labour becomes more scarce and more expensive in an ageing society, meaning that income from employment will catch up with return on investment. There is also an assumption that wealth always remains in the same hands. The fall of the Buddenbrooks, a wealthy merchant family portrayed in Thomas Mann’s novel of the same name, provides the same anecdotal evidence as a glance at the Forbes rich list: wealth changes hands over time.

The fact that dipping into the pockets of the wealthy harms not just them but also everyone else is also neglected. A study by the Tax Foundation calculated the decline in American GDP and capital and the number of jobs that would be lost by implementing Piketty’s income tax proposal alone. The bottom line was that middle and low earners would lose 3 percent of their disposable income. A wealth tax would make things even worse.

In a nutshell, Thomas Piketty’s book tells a story about redistribution but not creation of wealth.