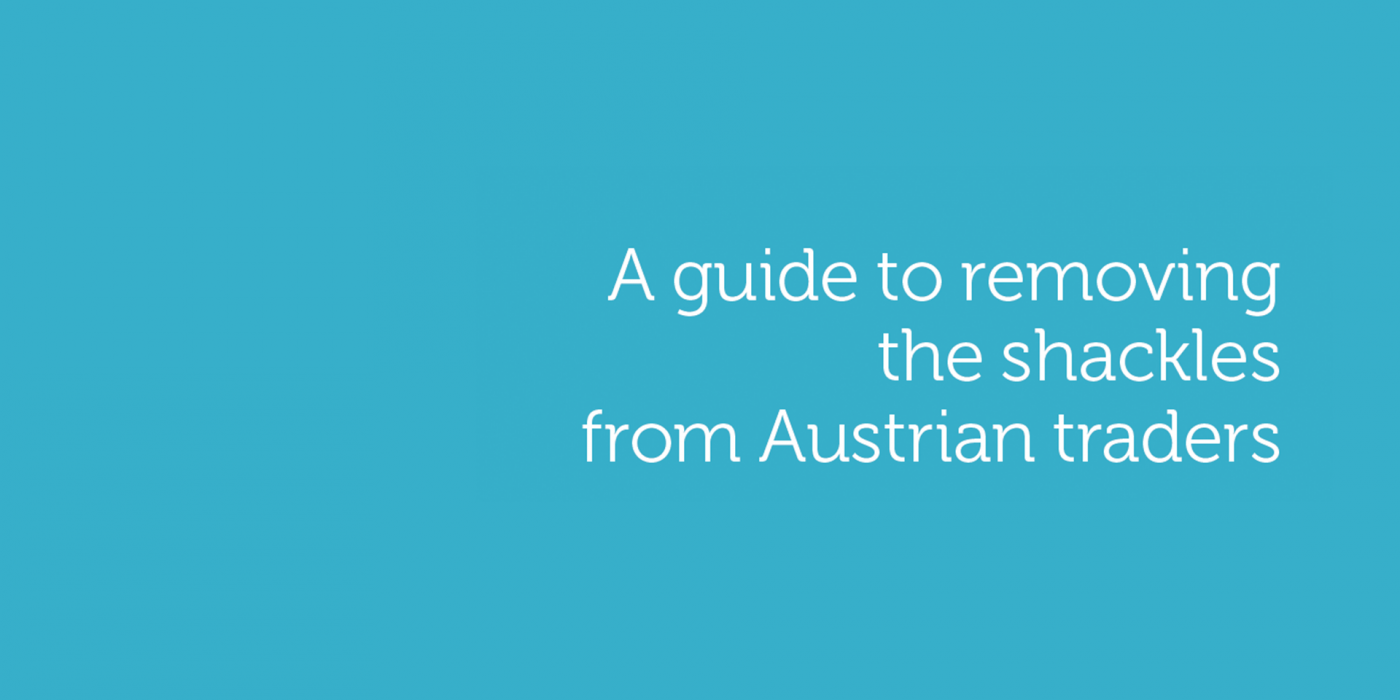 A guide to removing the shackles from Austrian traders

Index
A guide to removing the shackles from Austrian traders

Austria’s Business and Trade Code is not just in need of reform – it needs to be completely rewritten. A new paper from Agenda Austria explains why the country needs only a dozen or so regulated trades, and why Germany is a role model.

Let’s assume that you need glasses, like the majority of people in Austria. First of all, your eyes are important, and secondly, glasses are often pricey. In this case, it’s good to know that the Business and Trade Code requires your optician to be properly trained. But in truth, your eyes are deceiving you: many opticians are not qualified master tradespersons – in fact, an entire chain of opticians only needs a single master tradesperson. The same applies to dozens of other trades in Austria. New businesses are subject to strict licensing regulations which in practice do not benefit customers at all. The Business and Trade Code is also an obstacle to competition and entrepreneurship.

There are currently 80 trades in Austria for which evidence of formal qualifications must be provided. By contrast, in Germany there are only six – and nobody has heard any mention of this having serious consequences for consumers or the environment. In a new publication Agenda Austria sets out the case for a totally new regulatory framework.

Instead of holding talks on the reforms required in each individual line of business, regulation should be restricted to those trades that potentially represent a risk to people, animals or the environment. There are 15 in total, including master builder, medical product manufacturer and blasting contractor. All other trades would be unregulated. This would get rid of some of the ludicrous aspects of the current system – for instance, tailors need a qualification as a master tradesperson, but parachute producers are not regulated at all. If tradespeople were required to take out business liability insurance, this would ensure that consumers were protected. As explained above, all consumers can potentially suffer losses. Such compulsory insurance would actually translate into better financial protection for customers than is currently the case.

In 2004 Germany implemented a wide-ranging liberalisation programme for its Trades and Crafts Code. The following chart provides a comparison between Austria and Germany: 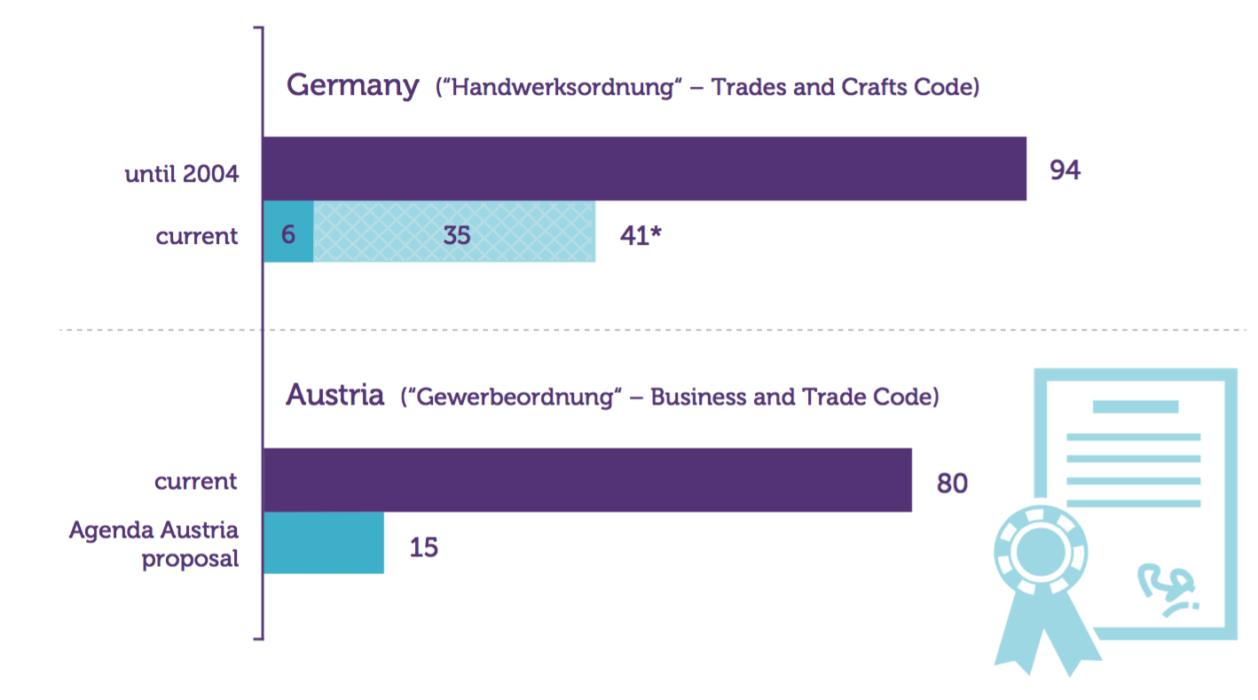 The outcome of the German reform programme was that former employees in the various trades set up their own businesses, and the number of companies rose sharply. However, the number of people employed in crafts and trades did not change significantly. More self-employed people and greater competition is a welcome development. There has been no mention whatsoever of falling quality standards.

Germany’s experience shows that increased freedom to practice a trade does not hurt, and actually enhances economic performance – without the need for subsidies financed through taxes. And that is not something to be sniffed at in this age of limp economic growth.