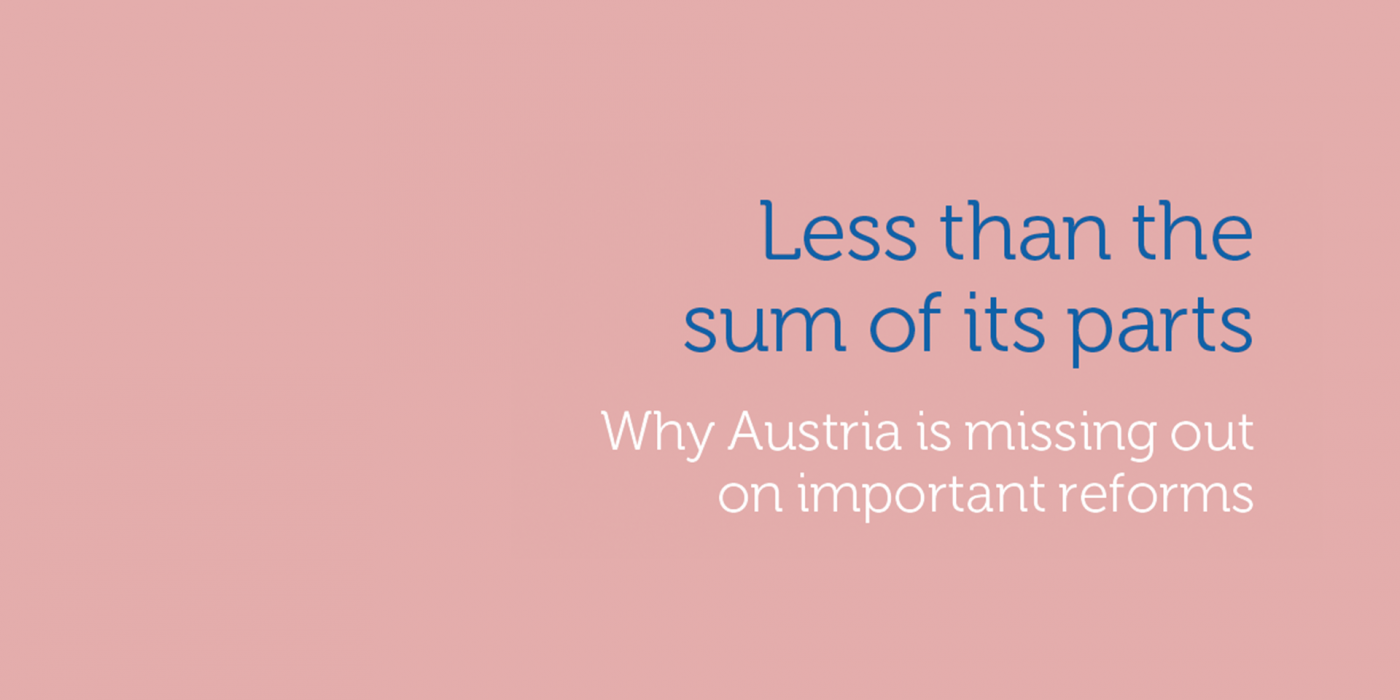 Less than the sum of its parts

Why Austria is missing out on important reforms

Index
Less than the sum of its parts

Arno Gasteiger, a long-serving former provincial councillor for economic affairs in Salzburg, who in his time as an elected representative was well placed to take a critical and objective look at his particular profession, has given a lot of thought to the causes of stagnation and possible ways of reversing it.

Today’s world is full of contradictions, and the Austrian contradiction is one of the biggest: the people living in this country are among the most prosperous on the planet – and probably also among the most dissatisfied. Austrians are rich in international terms, and also in comparison with their forefathers. At no other time in the country’s history have so many people enjoyed such a high level of prosperity as today. But they can still complain until they are blue in the face.

One trigger for this dissatisfaction could be the fear of becoming worse off. Many people apparently sense that a fundamental shift has been taking place since the onset of the financial crisis, but they cannot put their finger on precisely what it is. Political leaders respond to these fears with stasis, avoiding the word “reform” at all costs because it conjures up thoughts of financial cuts. They try not to ask too much of people, to stop them defecting to the opposition parties en masse.

This strategy does not seem to be working, though. Maybe this is because people do not expect reassuring words and higher government spending, but political leadership. In a recent in-depth discussion with Franz Schellhorn, long-time Salzburg provincial councillor for economic affairs Arno Gasteiger talked about the reasons why the governing parties do not go on the offensive in order to solve obvious problems, and whether the government is even in a position to implement reforms. Gasteiger promised to think in detail about the causes of stagnation and possible solutions, and to put his ideas down on paper. His conclusions can be found in our publication “Less than the sum of its parts”, an essay that explains why this country is the way that it is. And what needs to be done to change it.