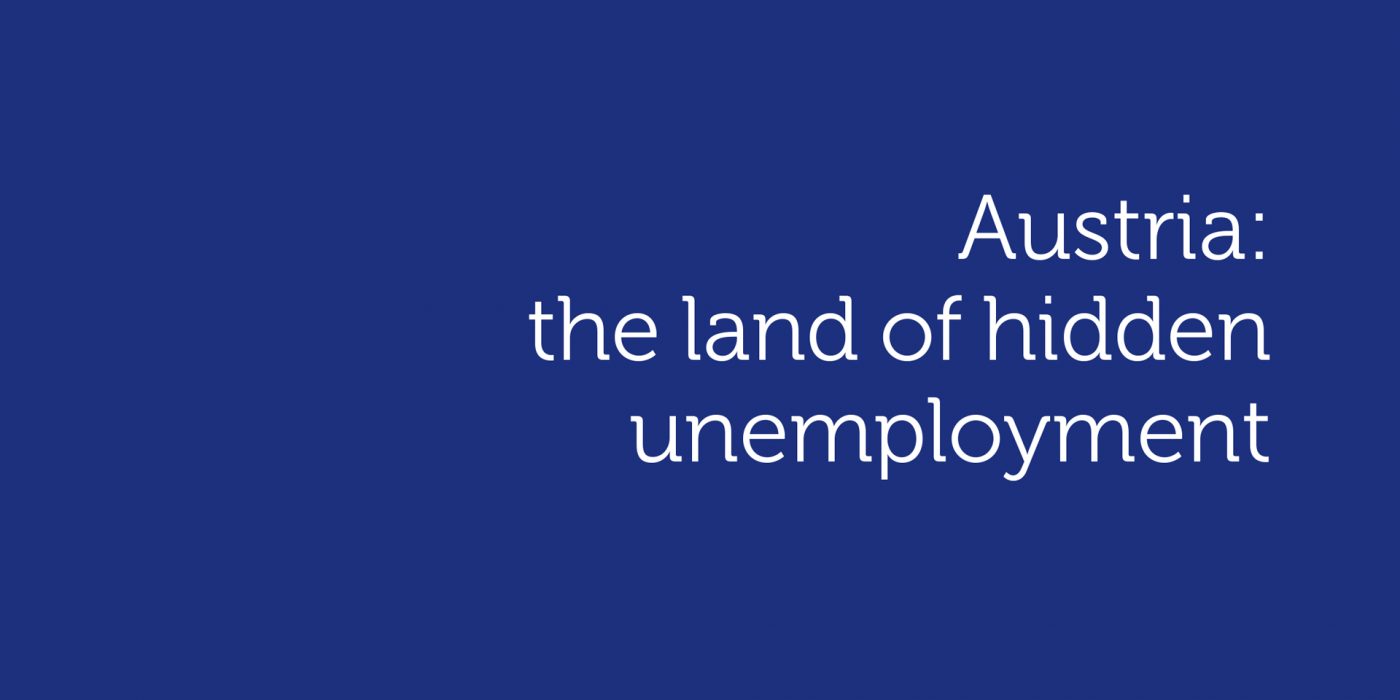 Austria: the land of hidden unemployment

Official labour market statistics paint a confusing picture. In 2012, the rate of unemployment in Austria was 7.0 percent as calculated using the national definition (number of people registered as jobless), but just 4.3 percent if the ILO definition was applied – for the same country during the same period of time. But this phenomenon is not unique to Austria, it is a Europe-wide anomaly. Public perceptions have focused increasingly on the lower ILO figures in recent years.

Both methods have one thing in common: they do not classify many people as unemployed even though they have no job but would seek work given good economic conditions.

Using an emipiric model we identified the group of people referred to by economists as the hidden unemployed. Under the assumption of a booming economy we identify how many of the people who were not counted in the official statistics would be working if economic conditions were optimal. People who want and are actively seeking work but are not available to start immediately, and people not actively seeking work: the hidden unemployed include people on training programmes and those who have retired early, but who would otherwise be working.

The many faces of the unemployment rate

If the hidden unemployed are taken into account, the labour market in Austria is still strong and performing well by international standards. But Austria no longer tops the leader board, it “only” ranks fourth in the EU. This is because in Germany, the Czech Republic and the UK, fewer people slip through the net in the calculation of the official statistics.

In Austria there are 250,000 hidden unemployed, people of all ages, who do not show up in the statistics ( rst quarter of 2013). This figure does not include those who cannot work for health reasons. When the numbers of official and hidden unemployed are added together, the rate of unemployment in Austria for the first quarter of 2013 is 10.32 percent, compared to 5.09 percent when the ILO definition is applied. This means that in Austria for every officially unemployed person according to the ILO definition, there
are 1.15 hidden unemployed. In comparison, the gure is just 0.43 in Sweden.

Worth noting is that in Austria the labour force participation rate is relatively high amongst the young, but extremely low for older people. So it is not surprising that hidden unemployment is especially high amongst 55- to 64-year-olds, particularly for women. The hidden unemployment rate for this age group is over 15 percent, an Austrian peculiarity that has been brought about by targeted incentives provided by the state (early retirement).

We believe that Austria is still doing well by international standards and so has every reason to want an honest calculation of its unemployment rate. We recommend a gradual reform of the pension system based on the Scandinavian model (establishing a link between retirement age and life expectancy, as well as a speedy alignment of the age of retirement for men and women) and the introduction of a unified pension system for permanent civil servants and the professional groups covered by the General Social Insurance Act (ASVG). To ensure that people of working age show up in pension and unemployment statistics, a labour market for older workers and greater entrepreneurial dynamism are vital. These last two points should receive the undivided attention of policy makers – and not the question of how to most effectively dress up unemployment statistics.