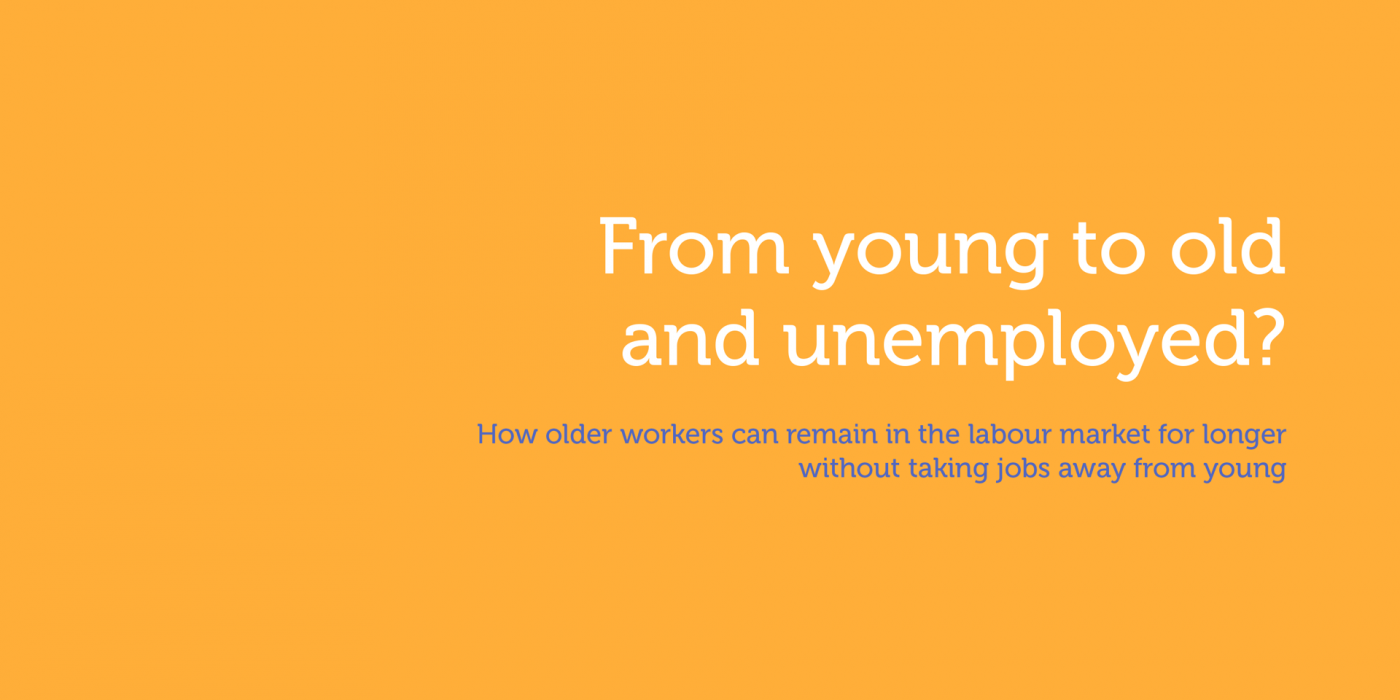 From young to old and unemployed?

Index
From young to old and unemployed?

It is difficult for older people to find work again after a period out of the labour market or after losing their job. This is something that all interest groups and political parties can agree on. One of the reasons for this is the high labour costs for older workers, and comparison of the salaries of 55- to 59-year-olds with those of 25 to 29-year-olds in many countries backs this up:

On average in the EU a person aged between 55 and 59 earns a gross salary that is 35 percent higher than someone aged between 25 and 29. In Austria the figure is 58 percent. (The Netherlands has introduced other measures to reduce the di erence in salaries.)

But there is not much agreement on how to tackle the problem of unemployment amongst older workers. “Packing off” older employees into early retirement is becoming more and more difficult, as early retirement plans are expensive for the government. When this study was published, there was discussion about a bonus scheme to penalise companies with an especially low proportion of older workers – an idea that was met with criticism from some quarters. 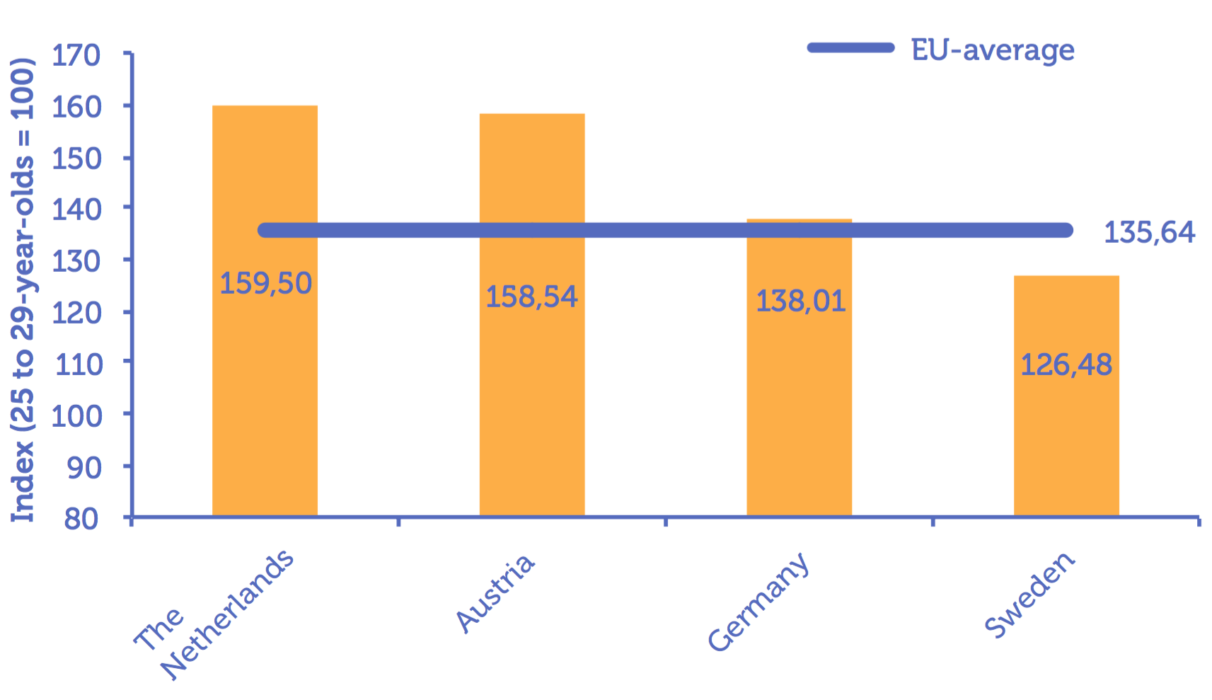 Note: Index of the relation of wages.

This study firstly evaluates the strengths and weaknesses of the Austrian labour market with respect to older workers. It goes on to address regulation of the labour market, the labour cost and labour productivity, as well as financial incentives for early retirement.

It further looks at the ways other countries have successfully managed to achieve higher labour force participation rates of 55- to 64 year-olds. The table below gives an overview of measures taken abroad and their impact.

Reforms in the countries included in the study

In Germany, for example, the introduction of measures to increase the average retirement age has made early retirement less financially attractive, as this now means significantly reduced pension payments. The Hartz reforms are also part of the reason that more older people are in work and can find jobs, as unemployment has decreased within this group. As a consequence, the global economic and financial crisis has had little effect on the German labour market.

In the Netherlands incentives to take early retirement were removed in the 1990s – a process in consent with the labour unions. General practitioners no longer decide on qualification for retirement on the grounds of incapacity, as this is now the remit of an independent authority. At the same time companies are also responsible for a proportion of the pensions paid to employees who retire due to incapacity, and therefore are incentivised to introduce preventative measures. Employers pay no social insurance contributions towards the incapacity benefit system for new employees over 50 who were previously unemployed or claiming incapacity benefits, as well as for existing employees who are aged over 62. Employers also pay significantly less, or nothing at all, for older workers during probationary periods, as these new members of staff continue to receive social security benefits. Workers aged between 62 and 67 get a tax bonus for remaining in the labour market, and job seekers over 57 have to prove that they are actively seeking work in order to qualify for unemployment benefit. The long period of entitlement to unemployment benefit has also been reduced.

The major reason that Sweden has a high labour force participation rate for older people is that the pension system provides a strong incentive for this group to remain in the labour market. Unlike in Austria, payments are linked to the estimated length of time that pensioners will receive them. Job seekers’ employment benefit is reduced for two months if they turn down an offer of work that the authorities consider to be suitable. Claimants who refuse three such offers lose all entitlements. Legislation protecting long-serving employees against redundancy proved to be problematic and was therefore relaxed. Another significant factor in creating employment opportunities for older people over the long term is that, in comparison to Austria, aged-linked compensation is not very widespread: salary curves are quite flat, meaning costs for employers increase relatively little as their age-wage profiles.

Our recommendations for Austria are based on these examples. The study also puts the popular argument that older workers are taking jobs away from the young to bed. The empirical findings show that higher rates of employment amongst older people actually tend to result in higher rates of employment for the young. This is because if more people are in work, then purchasing power increases, which in turn fuels consumer demand that creates jobs.

What action should be taken to provide older workers with better opportunities in the labour market so that a higher share remains in employment?