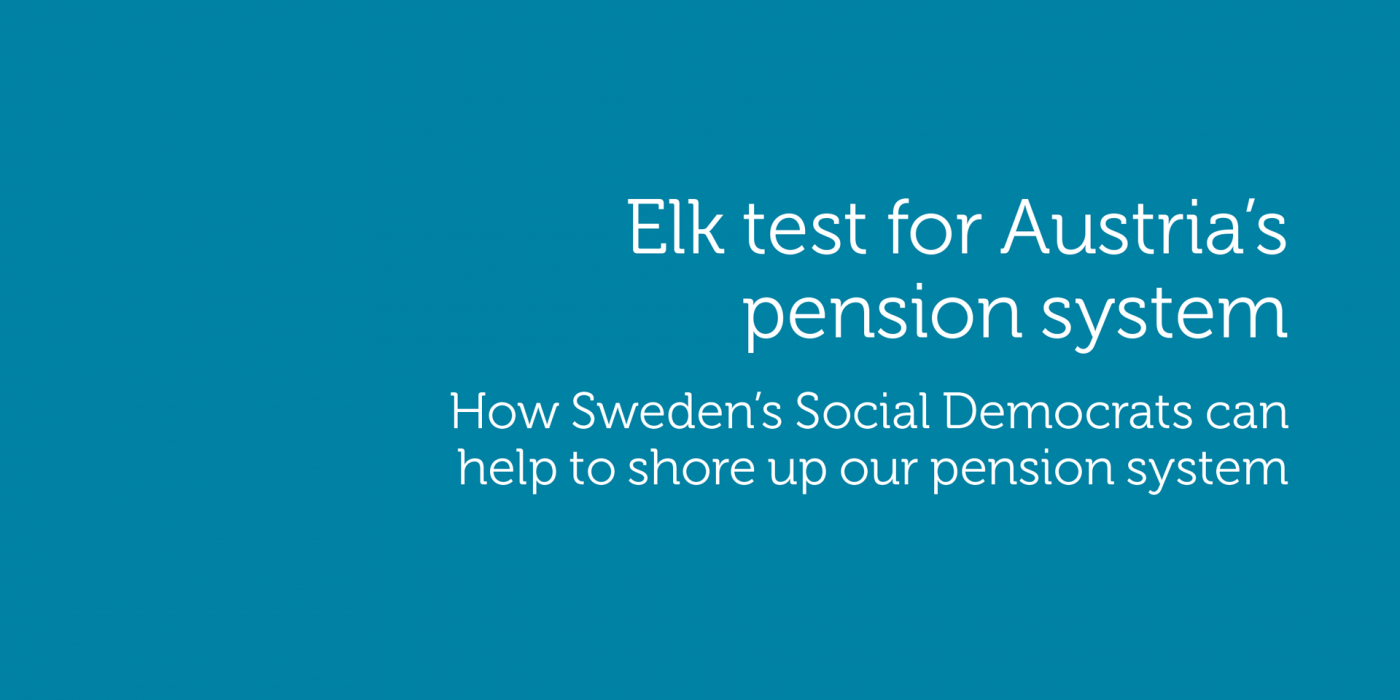 The Austrian pension system is becoming a barely affordable burden on the entire economy. But the fundamental reason for this is actually something to be happy about: an increase in life expectancy of three months per year. In real terms though, sooner or later the government will have to spend twice as much money subsidising the system by means of federal grants than it does today (about EUR 10 billion a year) and in 30 years three times as much.

There are basically four ways to make the pension system affordable in future: lower pension payments, increased government funding, higher contributions or higher retirement age. The study analyses three different models to find out which reforms would result in a robust system that would secure future pensions.

Here is a summary of what we discovered.

The basic model shows what’s in store if the government and pensions reform commission forecasts turn out to be correct. In order to keep the system under the assumption of being balanced, in 2045 the government will have to either increase contributions by over a half to a hefty 36 percent of gross salaries, cut payments to pensioners by a third or subsidise the system with three times as much funding.

The second model we assume that the age of retirement increases rapidly to 65 by 2020 and then remains constant. Under this assumption, by 2045 either contributions would increase from 22.8 to 31 percent, the average pension would fall by a quarter, or government subsidies would more than double.

The third model shows what would happen if the effective age of retirement increases by three months per year. This is roughly in line with the annual increase of life expectancy and closely reflects the pension system in Sweden. A balanced system would necessitate either a rise of contributions to 26 percent by 2045 and then fall back to the current level by 2060, or the average pension would fall by nine percent by 2045 then increase to today’s figure by 2060. It would require a 60 percent increase in government spending by 2045, but expenditure would then decrease significantly to below the current level.

Agenda Austria’s recommendation is therefore that reforms based on the Swedish model should be phased in. In Sweden, contributions are paid into a notional pension account. When you retire your pension is calculated by dividing the balance on this account by the number of years that, statistically speaking, people of your age are expected to live.

So pension amounts depend on how long pensioners are expected to receive them. The government also guarantees a basic minimum pension. The Swedish system is sustainable because payments are linked to demographic change. It’s fair to all generations.

When all of the baby boomers have retired, then payments will be significantly higher than contributions to the Austrian state pension system. Automatic adjustments are therefore needed to relieve this financial burden. Namely, by introducing a clear link between the expected length of pension entitlement and pension amounts. Taking the initial step of increasing the age of retirement by three months every year (3rd model) is not unreasonable. To avoid an ever-increasing retirement age, we recommend that the second step should be a complete overhaul of the system based on the Swedish model. Then it will be up to the individual to decide if he or she wants to retire relatively early with a smaller pension or later with higher payments.