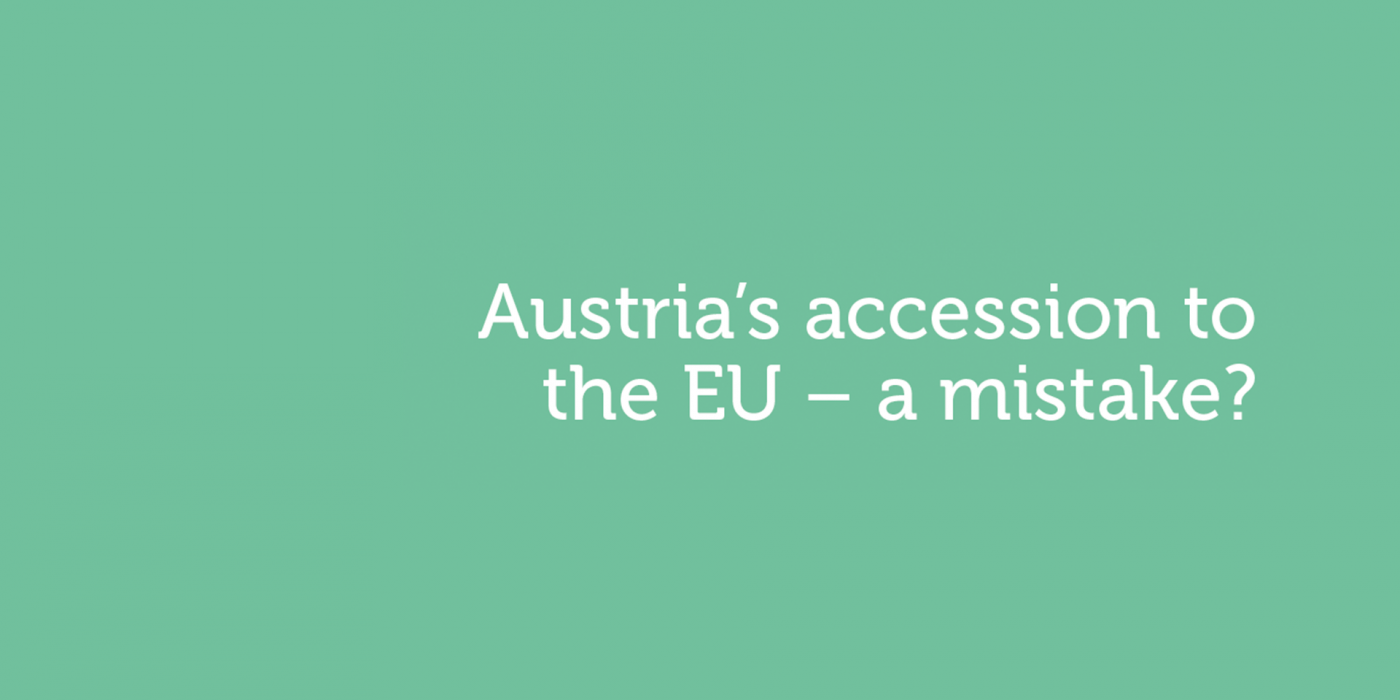 Austria’s accession to the EU – a mistake?

Index
Austria’s accession to the EU – a mistake?

Many Austrians feel that their money does not go as far as it used to because of the EU. But a fact check shows that purchasing power in Austria has increased across the board since 1995. The fact that we can afford more is mainly down to the EU internal market.

Have you heard of the phenomenon of rosy retrospection? It means that unpleasant memories fade more quickly than pleasant ones. Everything was better in the past – allegedly. For this reason, many Austrians believe that without the EU and access to the common market, they and their country would be better off. Maybe not-so-young Carinthians have forgotten the uneasy feeling they had at the border crossing as they smuggled cheap leather jackets in from Treviso. Or people from Salzburg and Upper Austria cannot remember hiding cheap food from Bavaria in their cars and hoping they would not get nabbed.

In spite of all the things that the EU could do better, Austria is one of the countries that have seen the biggest rise in prosperity as a result of integration. Not to mention the chance to study or work in other countries. In an age when free trade is more discredited than ever before, a reality check is urgently needed. In “Austria’s accession to the EU – a mistake?”, Agenda Austria takes a look at a compilation of facts, figures and data. Many people feel that they are the only ones who have not reaped the benefits of such a happy state of affairs, in line with the belief that the euro has made everything more expensive, and low earners’ money in particular does not go as far as it once did.

And they’re right: in 1990, workers in Austrian industry did not need to work as long as their counterparts in 2010 to afford a new haircut or repairs to their heating. But that has nothing to do with the EU; it is a matter of higher labour costs – which were set in Austria. “At the same time, in 2010, 17 minutes of work was enough to pay for half a kilo of coffee; in 1990 a person needed to work for 38 minutes. The amount of work required to afford a colour TV fell from 228 to 38 hours – that is less than a fifth. To a large degree – although not entirely – this is due to the internal market and free trade in general, which have pushed prices down,” says economist Michael Christl.

The gross salary of workers paid on the basis of collective agreements is now worth 17% more, and even after tax, the pay of workers in Vienna has gained 12% in value. The same goes for people paid wages in excess of the levels in collective agreements, whose hourly pay has risen by more than the rate of inflation. As we mentioned above, this is mainly, but not exclusively, down to the EU internal market. Increased trade volumes are reflected in higher growth, which has been passed on to employees in the form of higher wages. So Austrians are actually better off – and smuggling is now a thing of the past.