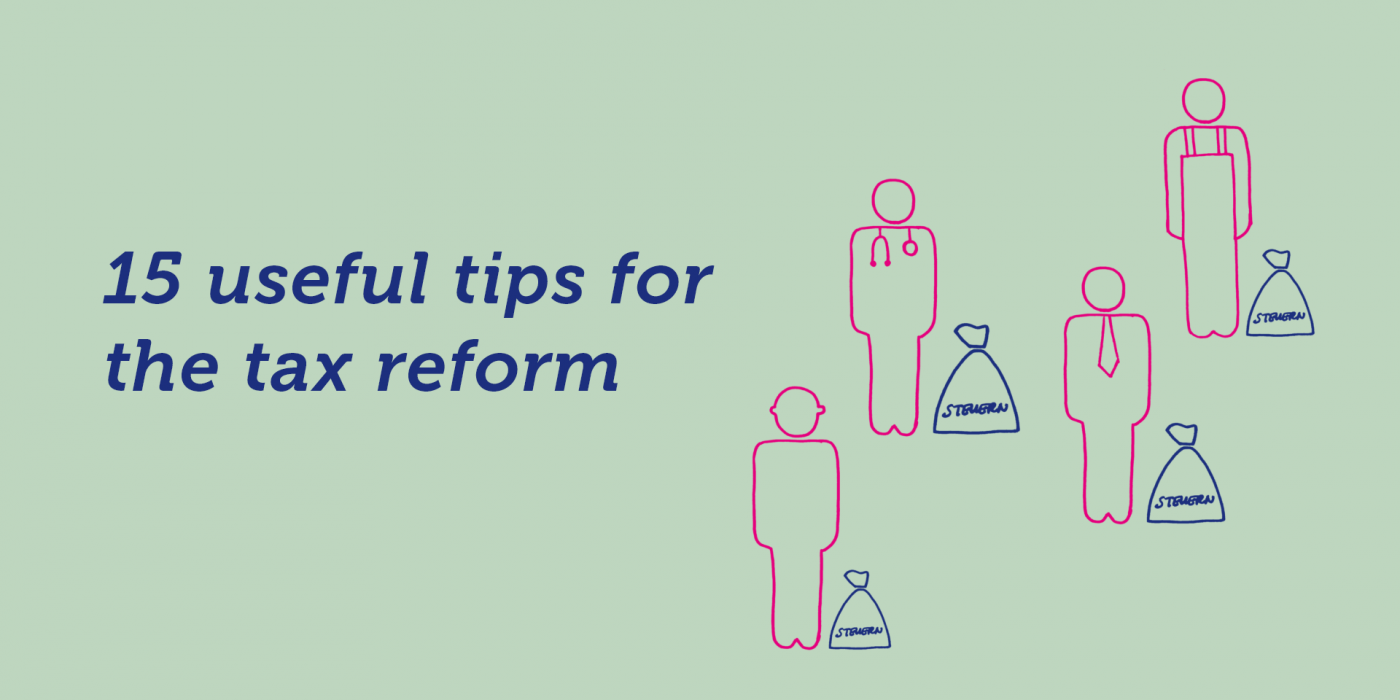 15 useful tips for the tax reform

On 13 March the Austrian government presented its plans for the long-anticipated and widely debated tax reform. To recap, the stated aim of the Social Democrats and the People’s Party is to reduce the burden on labour and increase net incomes.

There are many people who feel they pay too much tax. Others claim they have no problem paying taxes because they are funding a properly functioning state that provides a range of good-quality services. But how much income tax do different people actually pay? And how much in social security contributions? What exactly does the state do with tax revenue? Do higher wealth taxes lead to greater equality? Does the government have a spending problem – or an income problem as well? Does the state need high tax revenue to keep the economy growing? And how high is taxation on capital compared to taxes on individuals?

A seemingly endless list of questions that this brochure is designed to answer with the help of some informative charts. All of this should make it easier for you to get to grips with the government’s tax reform plans.

What is the government actually trying to achieve with the tax reform? Lower taxes on labour and in turn a more dynamic economy. Using this yardstick, it becomes clear that Austrian employees will have to foot the bill for the lion’s share of the reform. But anyone hoping for a livelier environment for investors and entrepreneurs will be disappointed, because taxes and levies will remain virtually unchanged and the burden on labour will be as heavy as ever.

The government’s flagship project, which in the parties’ own words will determine its future, is not so much a signal for a new departure as a missed opportunity. And the two main positives in the reform plans – lower income taxes and (rather nebulous) government savings – do nothing to change this assessment. But why? Because only a small proportion of what is known as reciprocal funding involves taking an axe to problematic spending.

Optimistic estimates suggest that savings of EUR 1 billion on administration and subsidies will generate EUR 850 million of revenue from increased consumption. In short, most of the EUR 5 billion will come out of people’s pockets in one form or another, because every visit to a cinema, every overnight stay and much more besides will become more expensive. Because everyone who is not just putting money aside for their future with a savings account will pay more tax. Because company cars will cost more. And let’s not forget that between the last change in income tax rates in 2009 and the end of this year, the federal government will take in an additional EUR 11.5 billion in total. On account of the index-linking of wages to inflation, many people have been pushed into a higher tax bracket and are paying more.

It is hardly going out on a limb to predict that the offsetting revenue will be significantly lower than was hoped for. In other words, the finance minister will be confronted with a budget deficit in the medium term. There are only two effective remedies for this: higher taxes that increase the burden on the man and woman in the street or structural reforms that target spending, such as a revamped, financially viable pension system or a clear separation of responsibilities between the federal and provincial governments. To put it in a sentence: the government has simply put off the decision as to whether it should raise taxes further or finally implement reforms that are worthy of the name for another day.